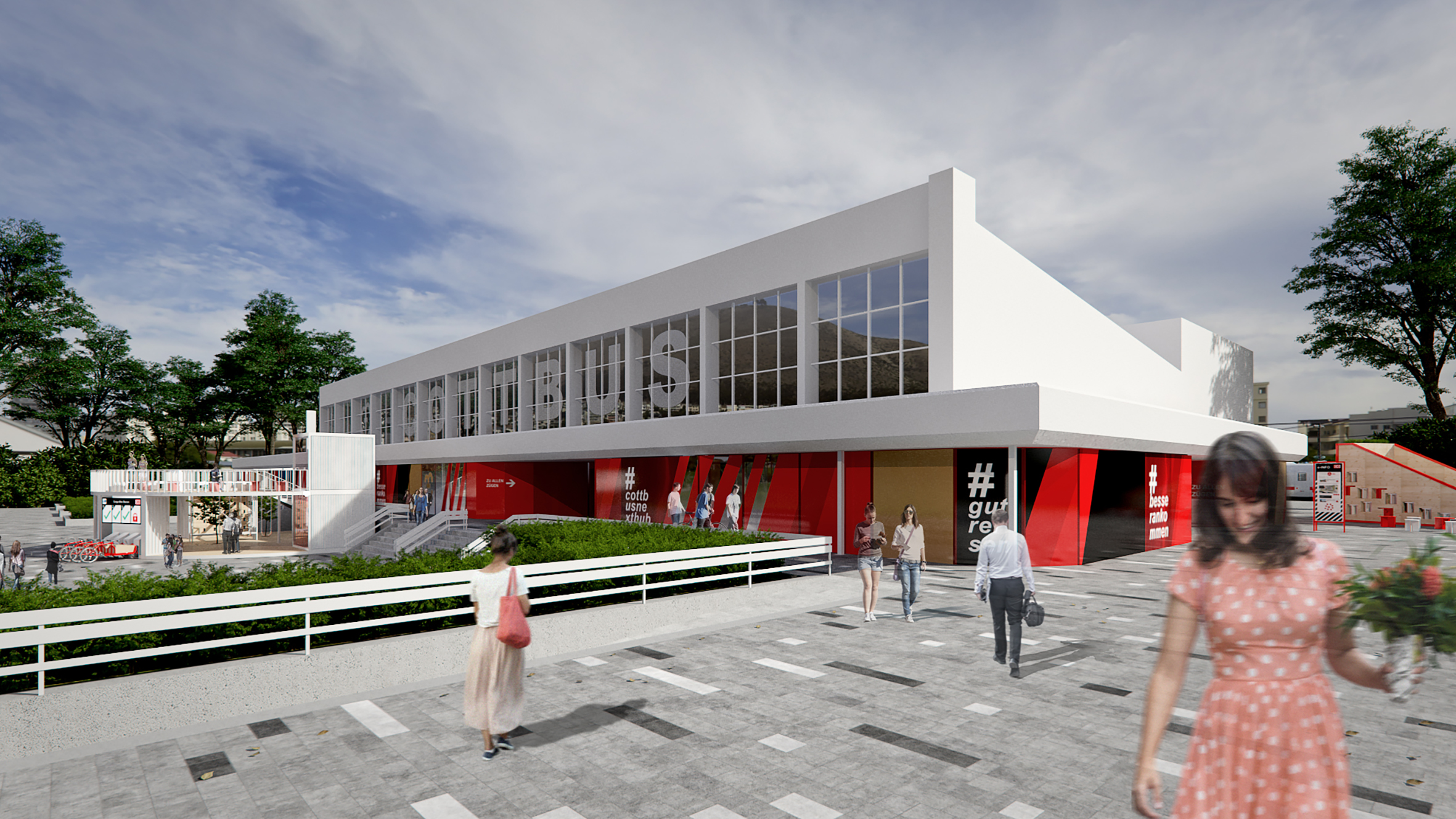 As part of the nation-wide innovation competition “Bahnhof der Zukunft”, Deutsche Bahn was looking for exemplary solutions to upgrade and revitalize regional stations for 15 selected locations. With HVS as an agency for brand communication and experiences, our entry ticket was actually a wildcard. I was attracted to the task of developing the concept primarily from the perspective of the rail customers and focusing on their - and basically our - needs. 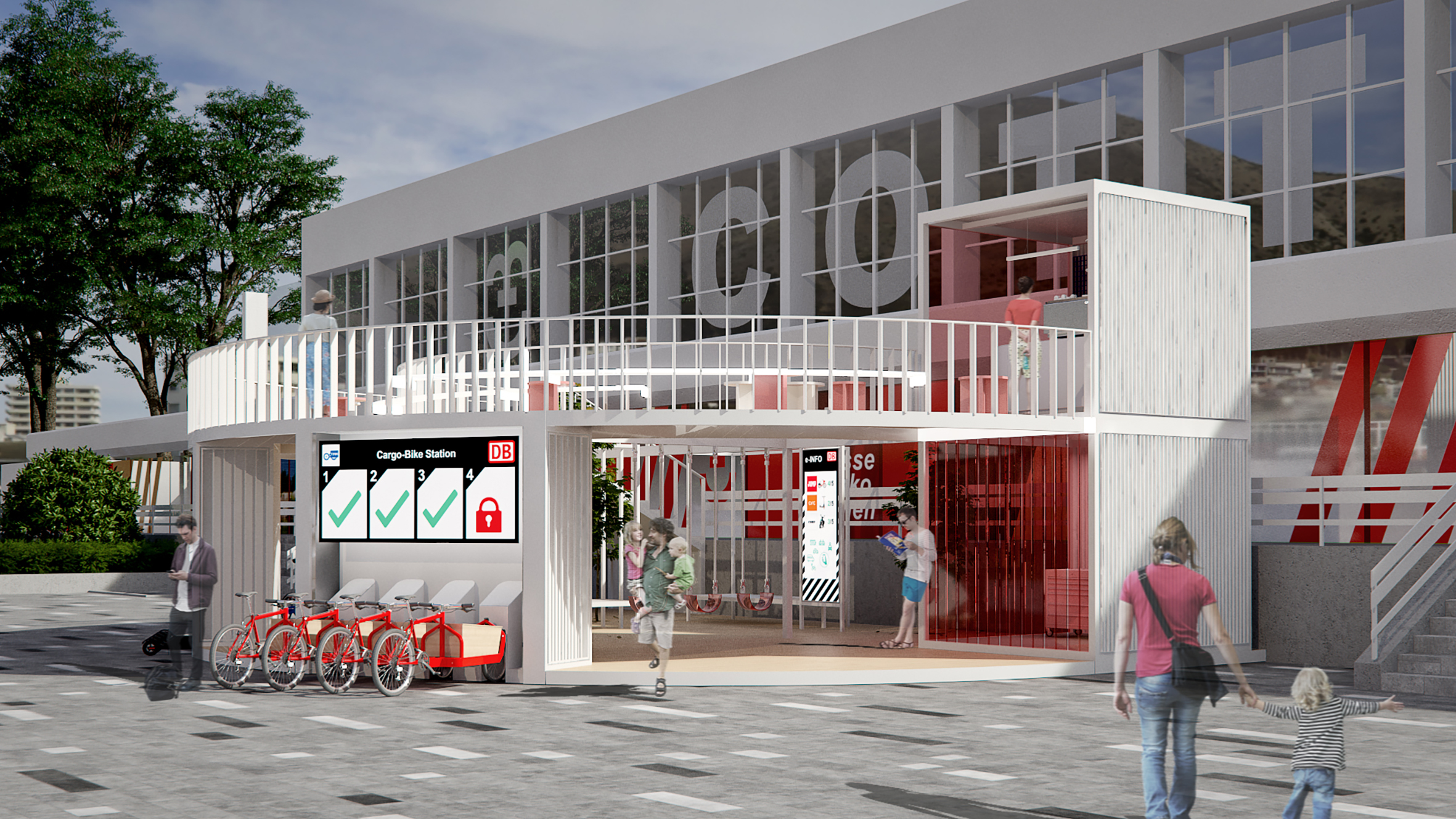 A holistic concept was to be developed for the unfavorably located Cottbus Hauptbahnhof, that enlivens station and forecourt and makes them more attractive for the cities people. Incentives for new potential commercial tenants should be created and the connection to the mobility of the city should be improved. 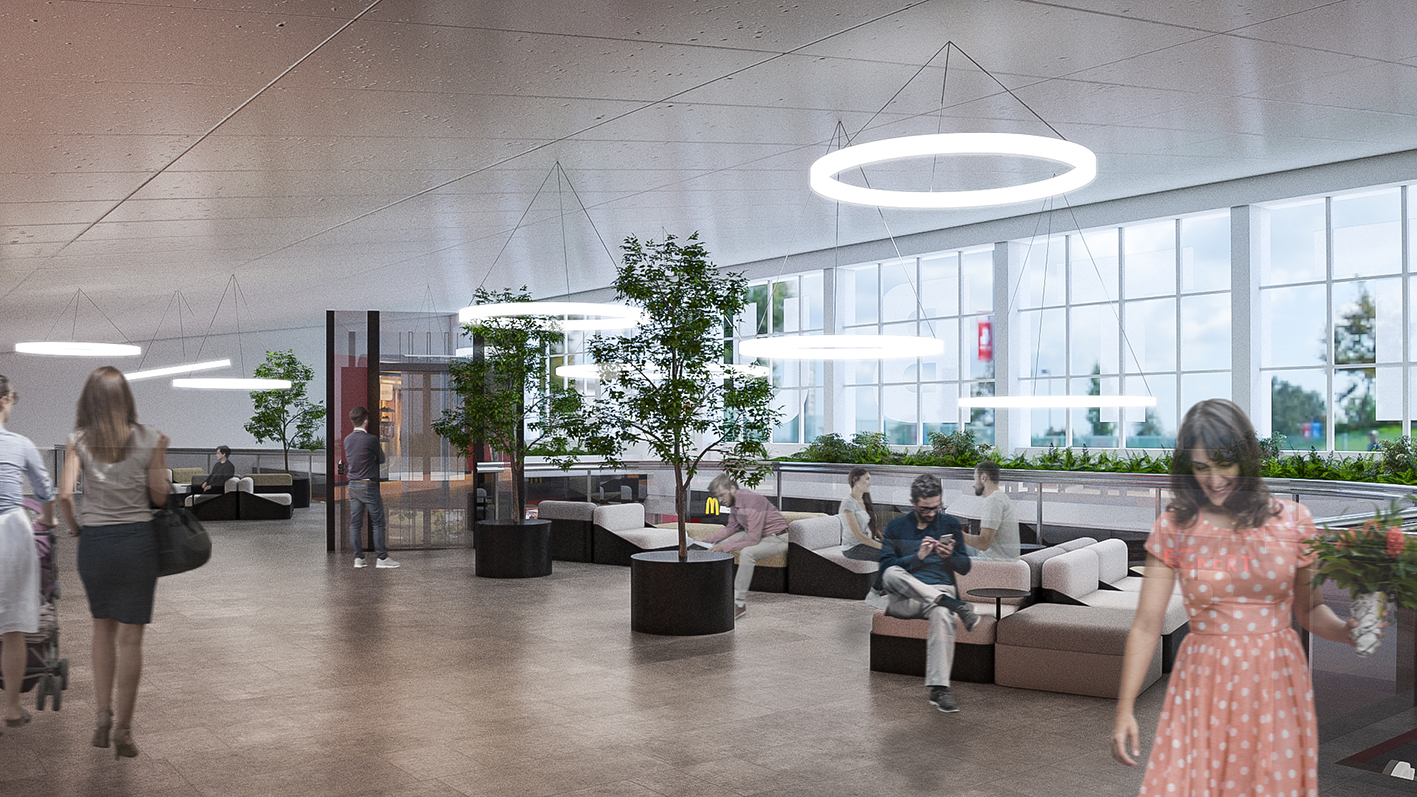 “A city already begins at its station, but the city and its region must be reintroduced there.”

We found our main approach in the role played by the railway station of the future in context of changing customer and mobility behavior.

Railway stations were and are the main gate into the connected city. A railway station, which used to be merely the point of arrival and departure for trains, can now become an intermodal hub for a variety of means of transport connecting people and goods on their last mile.

This gate is shaped by its local identity. You can’t force exchange and inspiration, but you can create a space where people like to meet. A city already begins at its station, but the city and its region must be reintroduced there. 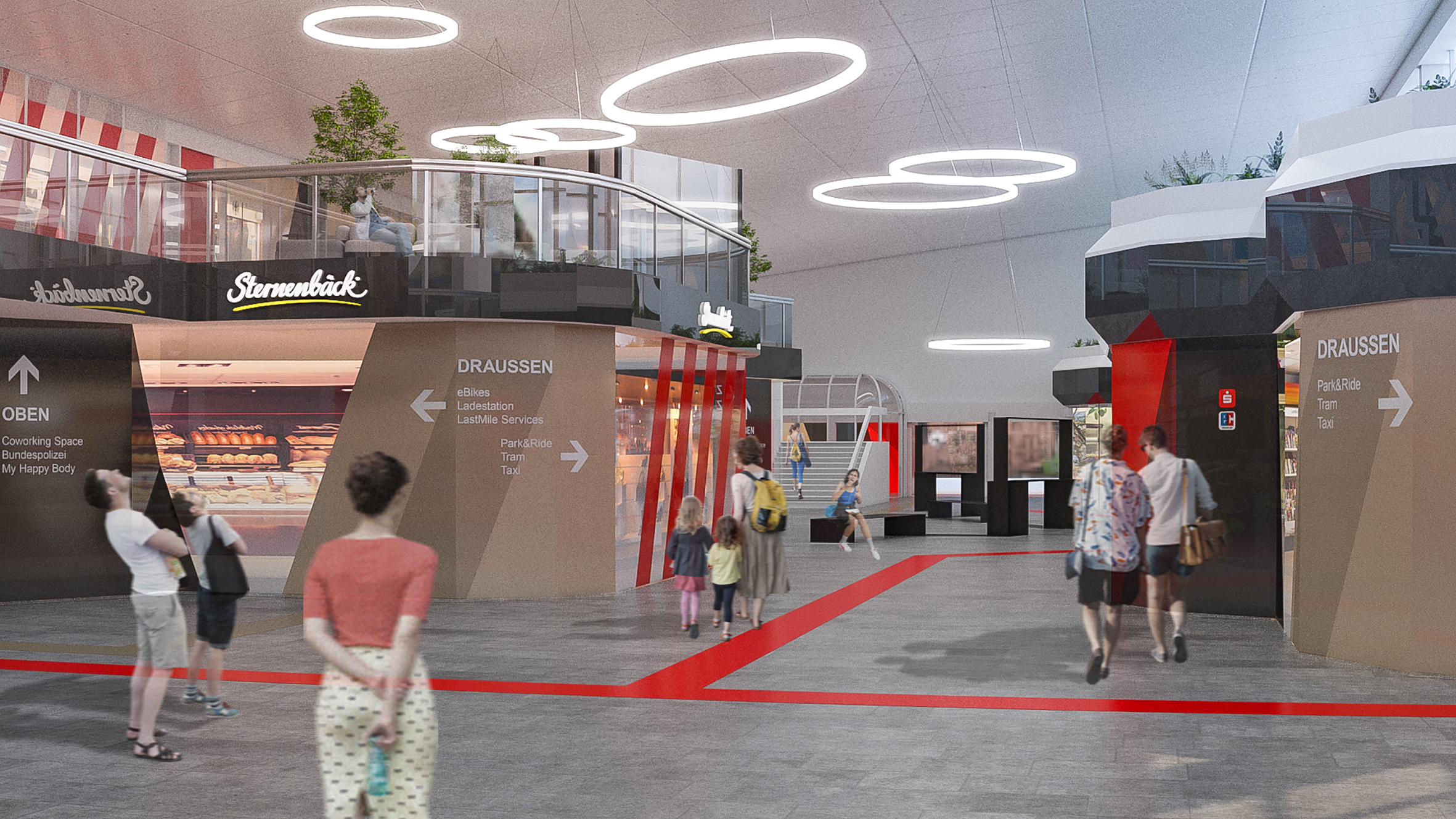 Since there cannot be a single concept for a railway station, we have decided to condense the plurality of users and diverse usage behaviors into a concept key that gives travel what it's missing today. Because a city begins in its station, we focussed on the moment of arrival.

We developed various sub-concepts that correspond to the idea of #besserankommen.

A major concern of today’s mobility is the frustration-free transition between different technologies and usage scenarios. Due to its highly conventional function and infrastructural connection, the station is the main crossing point of first and last miles, of short to long-distance services and main distributors in a city. This function needs spaces for new suppliers and services as well as space for parcel boxes connected to the flow of goods.

In order to revive the station, our primary goal was to make it a third place again; a space that belongs to the people of a city and is shaped by them. To make good use of the time between arrival and departure or in case of train delays, we have developed a co-working space that can be modularly integrated into different architectures.

In order to bring local retailers back to the station, we have developed a shop module with a flexible rental model, that requires significantly less installation effort than a ten-year rental space. A digital booking system enables even daily rental of the sales space via app. This invites local and seasonal events and products back into the station. Different stations will represent their respective regions.

To provide more overview of the various offers and categories, we have developed an expanded signage system in addition to the primary system for track and service orientation. Various needs and usecases are distinguished by color improving orientation in the station. 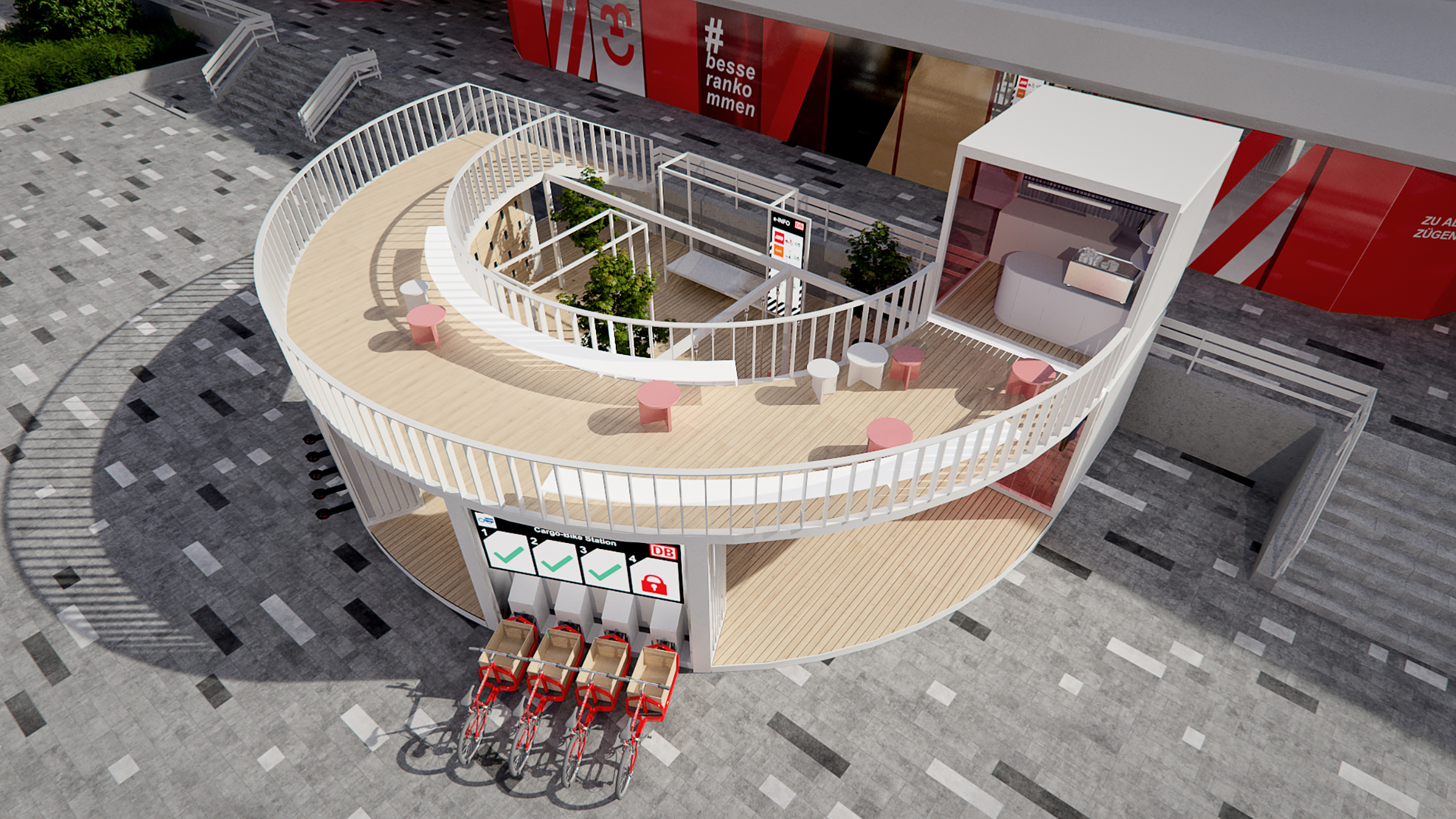 The way we use and design railway stations in the future has a huge impact on the attractiveness of rail travel and thus on the frequency with which we use it as a means of transport. This concerns not only the quality of travel itself, where most would prefer the comfort of a train to that of an airplane or car anyway. In order to make rail travel more appealing, we have to take care of the quality of arrival. Our modular station of the future concept can hopefully give some impulses.

For more info check out hartmannvonsiebenthal

Get to know us.
→You can reach out here.